Status of ITS resources

Busy Beavers                   Audio             Article
You may be familiar with the saying “busy as a beaver”, and beavers can be pretty busy in southeast Kansas. If you spend time around ponds and creeks you may have seen signs indicating that beavers have been busily working to build their dams, dens, and food caches. 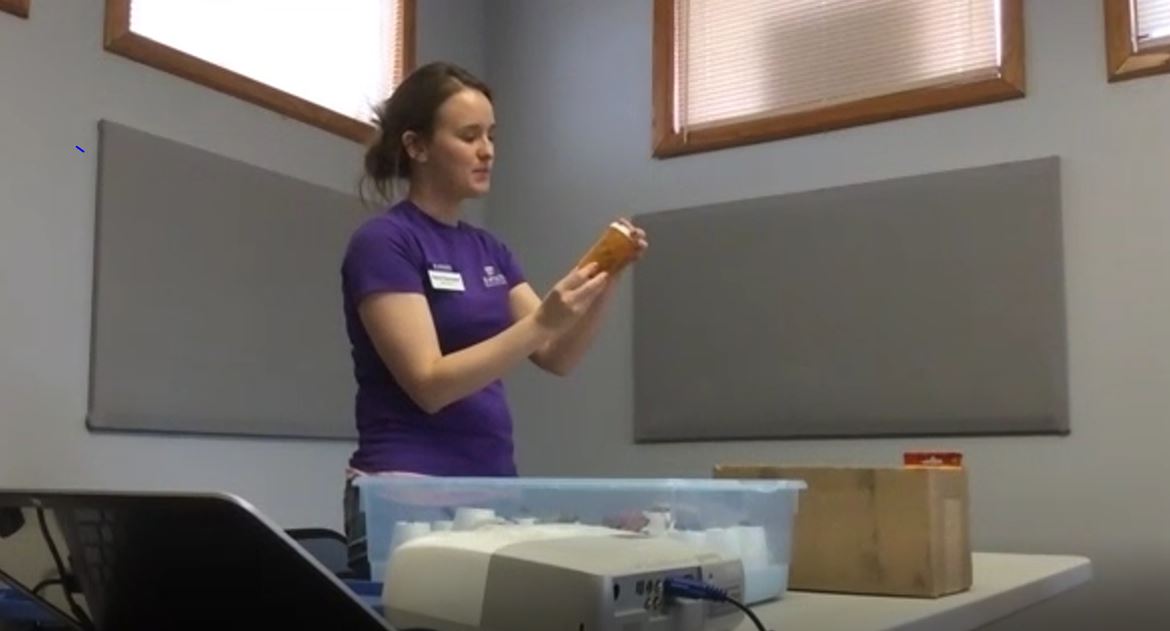 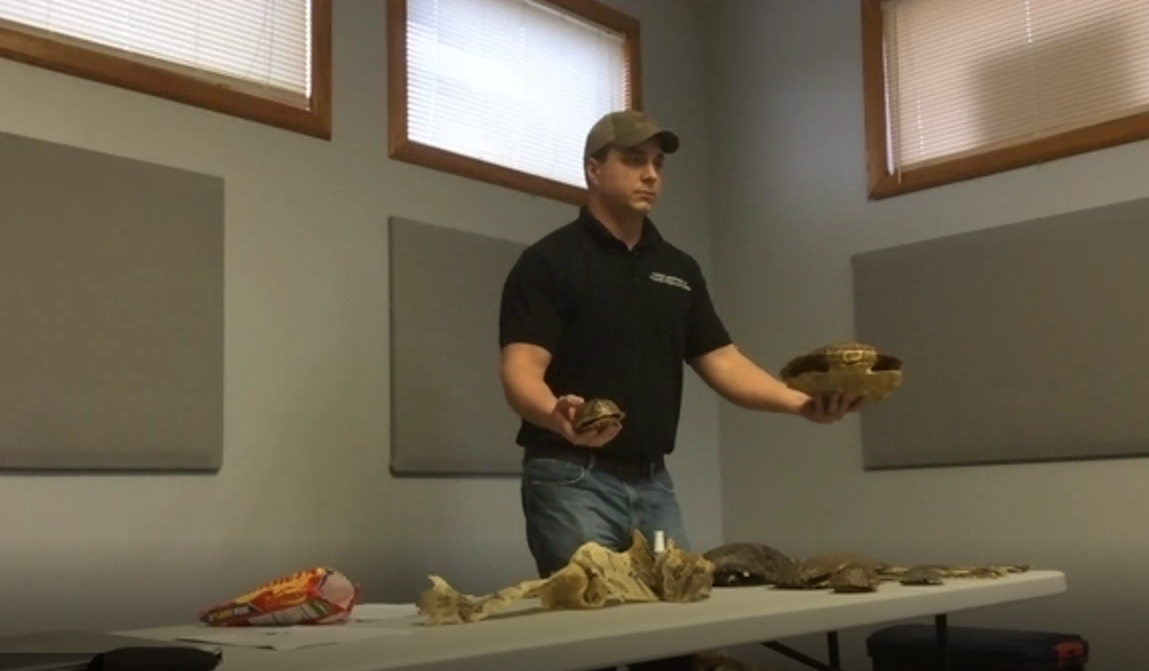 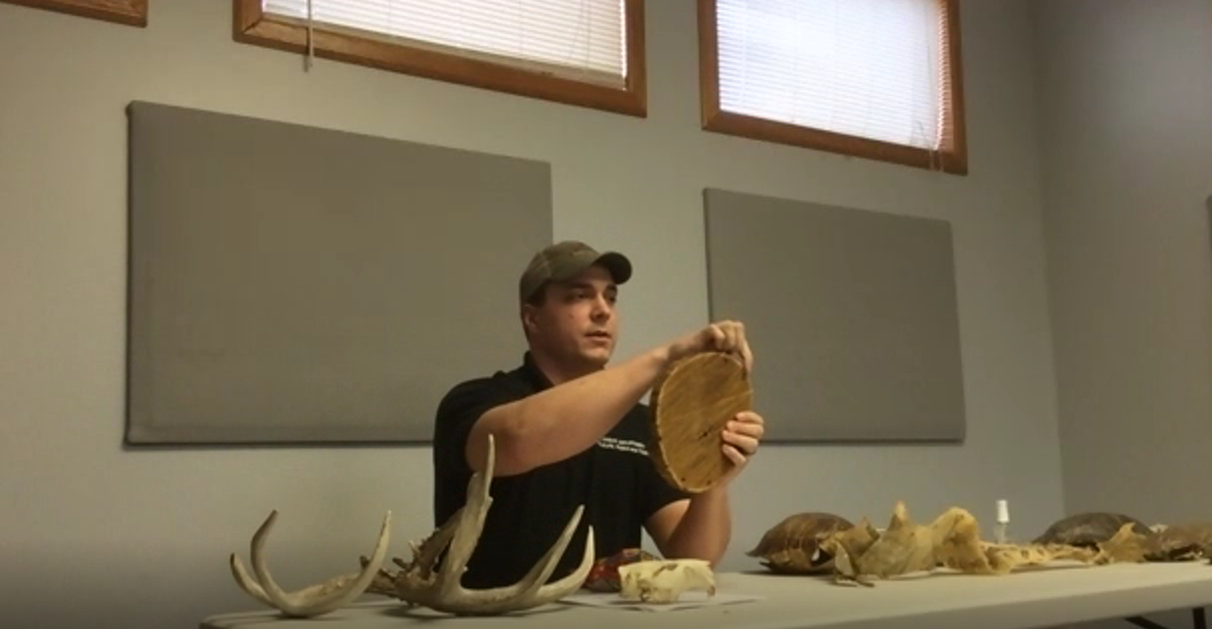 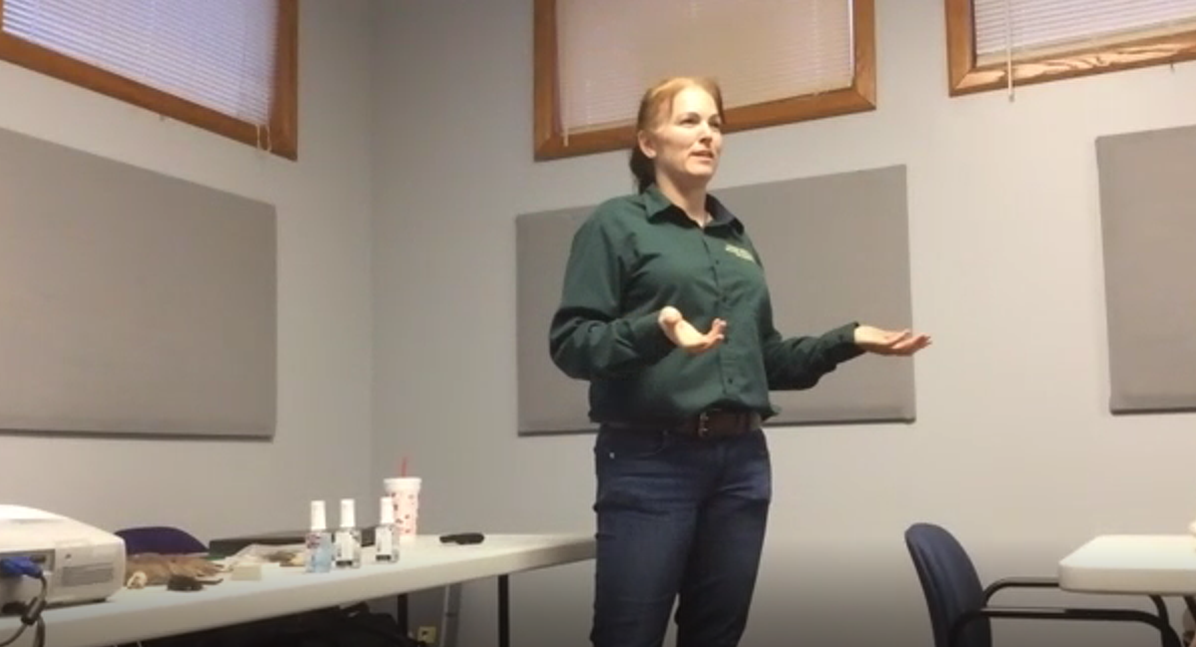 In the heat of summer, many people find themselves drawn to cool and refreshing water. Often, this is either a swim at the lake or just sitting back and casting a line in their favorite fishing hole. Not only are mosquitos a pest, but it just isn’t near as fun to swim or fish when you are constantly fighting aquatic weeds. This time of year, aquatic plants tend to flourish in local ponds and water systems.

Crop harvest is an exciting time for most producers. It is often joked that planting, fertilizing and spraying are all done solely for the chance to get to ride around in the combine. Although most farmers take much pride in every farming practice they endeavor in, it’s always nice to get the crop off the field and a paycheck in the pocket. One downfall to row crop harvest is not what’s taken off the field, but rather the potential soil compaction that may be occurring below ground. 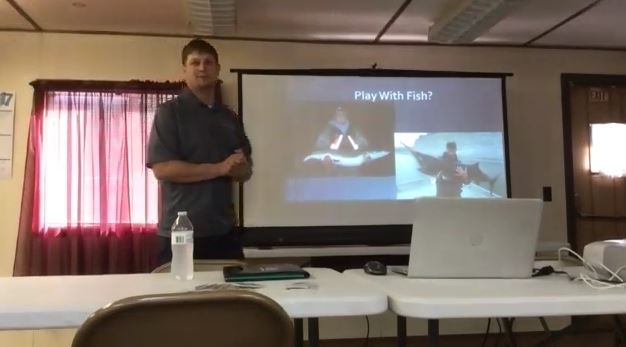 Seth Lundgren, District Fisheries Biologist, discusses fish in our area as well as what it takes for an interested student to become involved in fisheries biology. 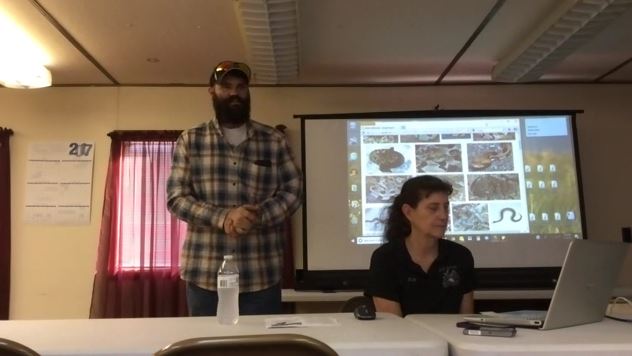 Bryant Traxson reviews the common venomous snakes in our area. A special emphasis on the timber rattlesnake. 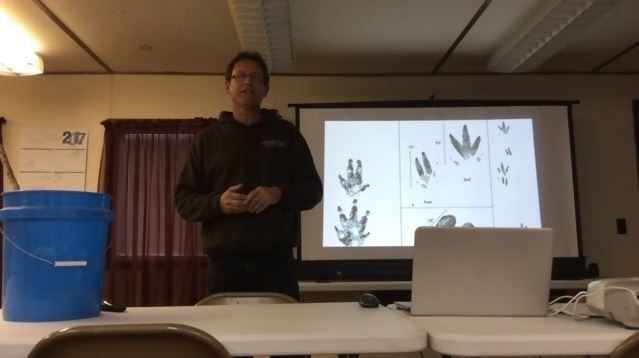 Rob Riggin with the KDWPT, discussed how to identify animals by their tracks and the signs they leave. 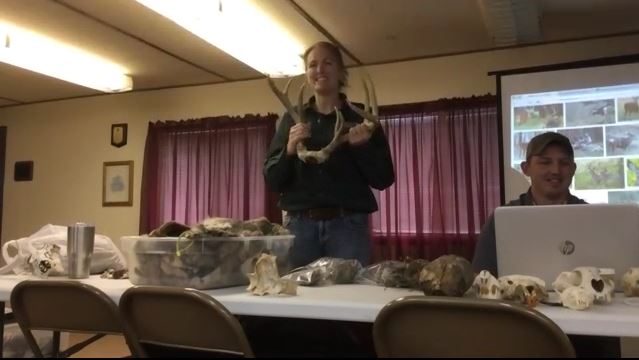 Vickie Cikanek and Jacob Christenson, District Wildlife Biologists from KDWPT spoke about how to identify animal species. They had pelts, skulls, bones and much more. 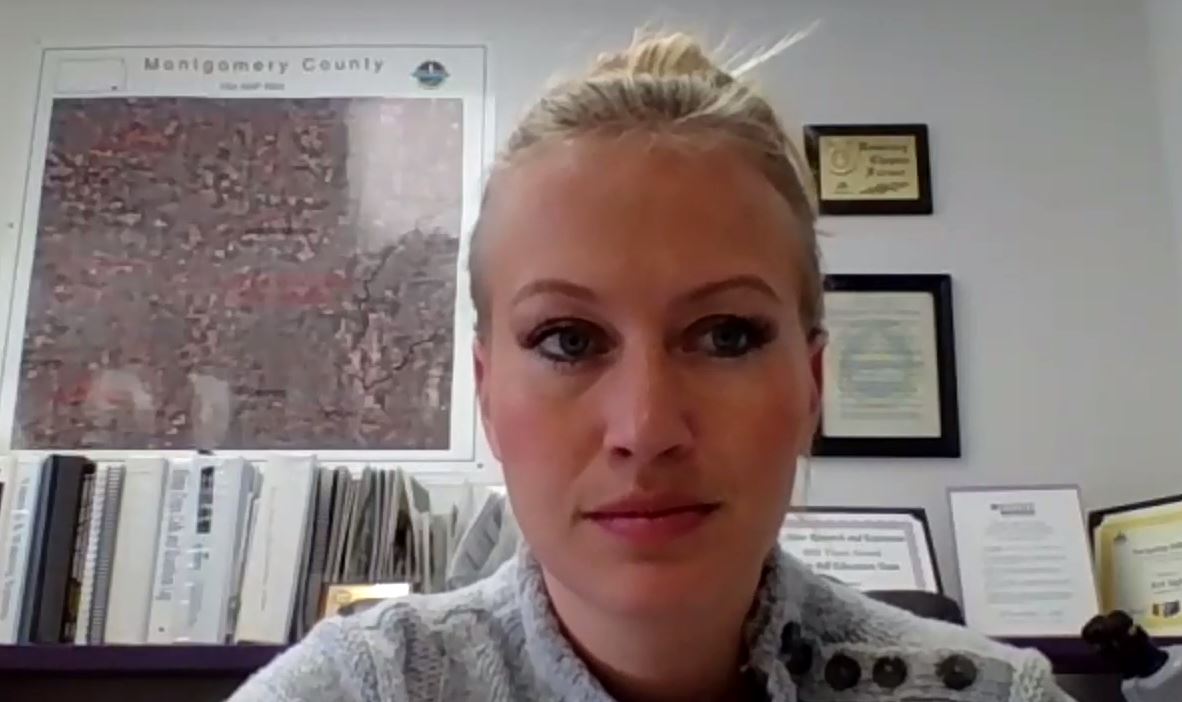 For youth ages 9-18, there is an exciting opportunity to partake in wildlife learning sessions to prepare for the state sponsored Wildlife Habitat Education Program (WHEP) contest. This is the introductory video for these sessions.

The nine banded armadillo is an interesting and unique animal. In the summer, they are mainly active during twilight through early morning hours. Their damage is often easily identified by the numerous spots dug up in a yard overnight. There are multiple ways to help control problem armadillos.

Mountain lions are a shy and secretive creature. Even in areas with established breeding populations, they are rarely seen. Although breeding populations have not been found in our area, recent reports note that there may be a few transient males that get sighted. Just seeing a mountain lion should not necessarily be a cause for concern. Attacks on humans are extremely rare.

Winter can be brutal on occasion, and knowing that the cows need to be fed and chores still need to be done are sometimes the only reasons to head outdoors. Nonetheless, nothing beats the feeling of sunshine on a cold brisk winter morning and hearing the birds sing happily in the trees. Even better, would be seeing a healthy covey of quail fly off ahead or a monster buck go dashing away in the nearby woods. Making plans this winter to manage agricultural land to benefit wildlife can help lead to seeing healthy and diverse wildlife populations in the future.

The proper common name is Eastern woodrat. The name many Kansas people use when referring to this native rodent is the pack rat. Another less common name is the trade rat.

Cottontails prefer brushy cover interspersed with open areas. Abundant growth during the spring and summer provides the rabbits with all the food and cover they need. In the winter, when food is limited, rabbits eat twigs and gnaw the bark of woody plants. This is why young trees and seedlings need to be protected from rabbits during the winter months.

Summer hay meadows and alfalfa fields provide wonderful habitat to a wide variety of wildlife. Songbirds, quail, turkey, deer and rabbits all use these fields throughout the growing season. These areas provide cover, food and nesting areas to rear young. For any producer who enjoys wildlife, it can be disheartening to ruin a nest of turkey eggs or, even worse, hit a fawn. In order to reduce the number of abandoned nests, wounds or deaths of local wildlife, there are a few strategies a producer can take.

The northern bobwhite quail is the most well-known game bird in Kansas. Many landowners may want to increase the number of quail in their area. It is important to know that the way land is managed has a direct relationship to the number of bobwhite quail. Quail require different cover at different times of the year, and their habitat can be quite complex to manage.

Most, if not all, towns and cities across Kansas have raccoons living within the city limits. Because raccoons move around and feed at night, they are seldom seen. Of all the wild animals that have adapted to city life, raccoons are probably the most destructive.

This time of year, many livestock producers may begin to notice coyotes more frequently as the winter progresses. But how much is really known about this predator?